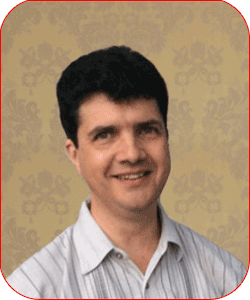 Alberto Antonio Santiago was born in Apucarana in Brazil. He entered the seminary in Ourinhos and on February 17, 1980, he made his first profession in Londrina (Paraná). On July 27, 1984, he came to Rome for his theological studies. Two years later, on March 9, 1986, he made his perpetual profession. On September 20, 1987, he was ordained a deacon at  Sesto Fiorentino by Cardinal Silvano Piovanelli.

He returned to his province in Brazil and on March 19, 1988 he was ordained a priest in Apucarana.

In 1994, he was elected Provincial Councilor of the Province of Brazil.

In 2007, he was called to Rome, to the General House, to take care of the Opera Omnia edition of St. Joseph Marello. In 2012, he was named to the office of Postulator General.