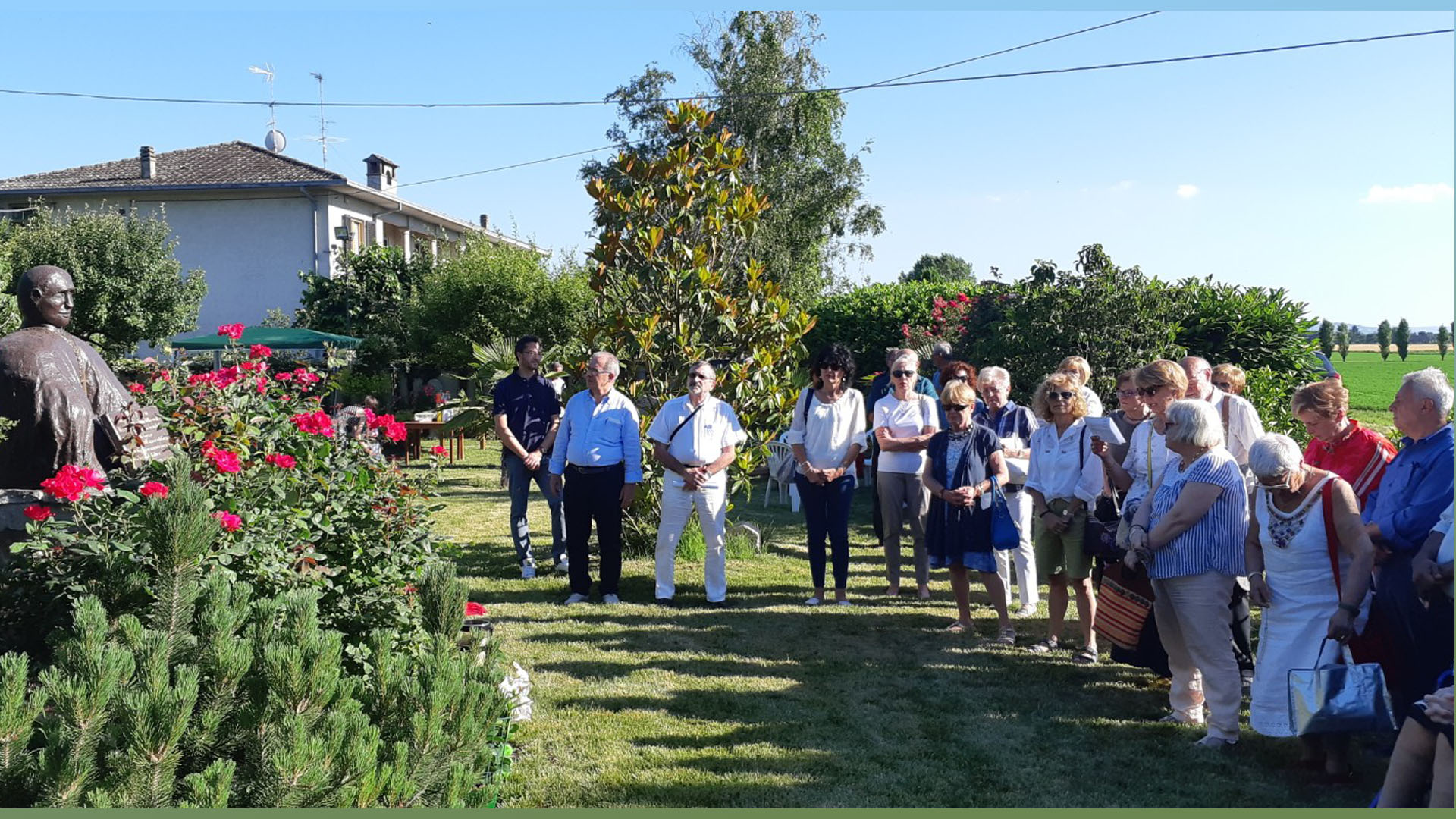 by sang2017@VIA in Flash News No Comments

On Sunday, June 16th at Robecco Pavese, in the province of Pavia and in the diocese of Tortona, where some communities of lay Marellian laity from the Northern Province wished to live a moment of joy and sharing. The communities from Milan, Novi Ligure, Carbonara and Robecco were present in this great event. The meeting began with the reading and reflection on the Seeds of Josephite spirituality of the month of June. An instrument that the lay groups have decided to use for their own formation, also in the light of the conclusions of the international congress of the laity held in Rome in 2016. The sharing of opinions and lived life enriched each and every participants. It was also an occasion for reflection on one’s life and on behavior in daily life, in the light of the Beatitudes.

The visit to Robecco was also an opportunity to gather materially in prayer around the bust of San Giuseppe Marello, which was placed in the center of the garden that is open to all. The bust placed almost a year ago and it is the first time the lay people visit this place and trying to live their Christian life according to the charism of the founder of the Oblates of St. Joseph. The recitation of the Rosary with the reflection based on a text by Marello and the final blessing represented the evocative moment of this Sunday afternoon. And this Rosary was also participated by several inhabitants of Carbonara who are not part of the lay group, however, was a sign of an attention and a veneration for the figure of St. Jospeh Marello. A moment of conviviality was not lacking, offered by Corrado Montagna of the Robecco community, who offered to open his own home for the formation meeting of lay Josephite Marellian groups. 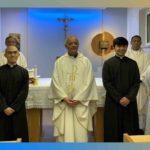 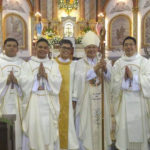 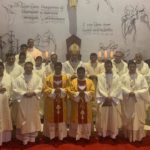 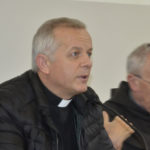 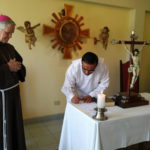 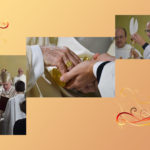