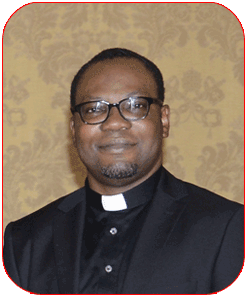 In 2009 he obtains Licence in Moral Theology from Alfonsianum in Rome. In the same year he is nominated Rector and Prefect of the professed students at the formation house of the Oblates of St Joseph at Opere Village (Ibadan). From 2010 to 2016 he was professor of moral theology at the faculty of theology at St Peter and Paul Major seminary at Ibadan.

In 2016 performs the function of collaborator in the parish of S Maria del Campo e della Pietà at Ceglie del Campo (Bari) and becomes member of the community of Lagos St Mary’s Catholic Church at Isolo.